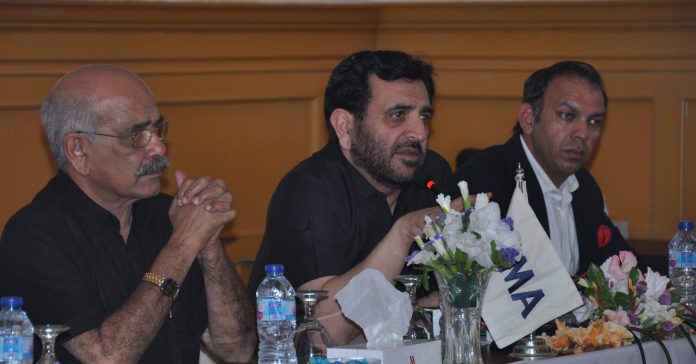 The Pakistan Pharmaceutical Manufacturers’ Association (PPMA) has said the government ordered 15 per cent increase in prices of locally produced medicines in January this year to ensure the very survival of the Pharmaceutical industry of the country facing serious economic challenges in its strive to produce quality drugs at affordable prices for the patients in Pakistan.

This was stated by the Central Chairman of PPMA Zahid Saeed, accompanied by other representatives of the Pakistani Pharma industry while speaking at a press briefing here on Monday.

The PPMA chairman said on the occasion that increase in prices of medicines had been ordered after following all the due procedures, formalities, regulatory framework, and in accordance with the latest Drug Pricing Policy of the government.

He said that increase in prices of medicines had been in conformity with the several directions of the apex judiciary on the issue.

He that in case the government had not allowed the much-needed relief to the Pakistani medicines’ manufacturers in the form of 15 per cent increase in locally produced drugs the public healthcare system of the country would have been in sheer shambles due to unavailability of medicines.

He said that cost of production of the local Pharma industry had increased manifold since 2018 due to an unprecedented decrease in value of rupee as compared to the dollar while keeping in view the fact that up to 90 per cent raw material of the industry was imported. “In the meanwhile electricity tariff increased by 45 per cent, the natural gas bill increased by 65 per cent while diesel price also increased by 95 per cent as all these factors also directly affect the cost of our production,” said the PPMA chairman.

He said one should keep in mind that locally produced drugs in Pakistan had the lowest prices as compared to the rest of the world.

“Media have done reporting in such a manner as if there has been ordered an unprecedented hike in the prices of medicines. It is our duty to inform you that such negative propaganda could compel the Pakistani Pharma industry to move outside the country as have been the case of multi-national drugs’ manufacturers,” said Mr Zahid Saeed.

He said that in such a situation it had become utterly difficult for local and foreign drugs’ companies to introduce new medicines in the Pakistani market.

He said that apart from 15 per cent increase in prices of medicines, the Drug Regulatory Authority of Pakistan had ordered increase in prices of 450 medicines as all their cases fall in the category of extreme hardship as special consideration was required to ensure continuous local manufacturing of these essential drugs as their cost of production went up phenomenally during last 10 years due to various economic and business factors.

He said that the increase in prices of these hardship medicines had been well in accordance with Drug Pricing Policy 2018 and earlier directions of the Supreme Court on the issue.

He said that earlier several locally manufactured medicines had become virtually vanished from the market as the government didn’t allow review on their prices for over a period of ten years while their cost of production kept on increasing as their local production simply became infeasible for the Pharma industry. Such cases did include medicines required to treat life-threatening diseases and conditions of patients in the country.

The PPMA chairman said that survival of the Pakistani pharmaceutical industry had been equally beneficial for all the concerned stakeholders including the government, the public healthcare system, regulatory authorities, and most importantly ailing citizens of the country who required quality medicines at affordable prices.

He said that media before unduly criticizing the recent increase in prices of medicines should first keep in mind the beneficial role being played by the Pakistani pharma industry in terms of saving precious foreign exchange reserves of the country, which otherwise would have been spent on importing expensive foreign medicines, and by generating sizeable employment opportunities for qualified youth of Pakistan.