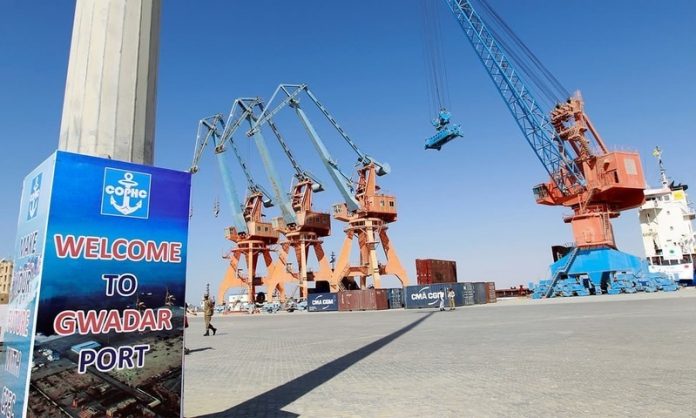 By: Fahim Saleem
China-Pakistan Economic Corridor, CPEC is the very important and joint venture of Pakistan and . This is fact that paradigm of power has been shifting towards east from west. Now will no longer remain , soon it would become bipolar, due to coming forth soft economic Sino-Power CPEC is the part of new vision one belt one road, and this is its Sothern corridor of Silk Road project. Though is the new emerging power in yet India and United States have left no stone unturned to detract Pakistan from joining to this new venture of . It is obvious thing India does not want to see strong Sino-power in Asia as like . Therefore both of these countries are using their utmost efforts to restrain the project because the success of this venture will undermine the power of India besides Japan which is the prime ally and partner of USA to many folds. Due to this reason importance of CPEC is beyond the imagination, Gwadar to route will not only decrease the distance between and East but will also provide and secure way of oil to . As Gwadar is locating at the of Strait of Hormuz which is the of 40 trillion Dollar trade in a year, moreover it will decrease the shipping cost of to East and African countries to great extent. For that reason, government is investing 46 Dollar billion in this project. CPEC is the name of multiple roads of one corridor: in there are three major alignments having multiple roads are the part of this project, western alignment, eastern and central alignment all of these three alignments will be connected through highways and . However, western alignment is more important rather than others because it will open the door of prosperity and development in Baluchistan and because Chinese investors will establish their manufacturing units on this route, which will increase the opportunity of employment in these remote areas. This is the reason foes of Pakistan and are conspiring against the project; deficit of the trust about CPEC in Pakistan is also the result of these conspiracies. All over the big powers have eye on this project, and for that Chinese Xi Jing ping wants to complete this project as fast as possible. According to Andrew small, the author of the China-Pakistan, CPEC will be the test case for one belt one road, it is pretty much the most advanced set of a project within the whole initiative.” If China can transform a basket case like Pakistan, a place where the United States has spent billions in vain, Beijing standing in the developing world will be massively enhanced. As some American diplomats have said, this could be Beijing’s Marshall Fund movement”. The major reality is that China is going to invest in Pakistan’s history’s ever biggest FDI in Pakistan, the country which is facing economic uncertainty since . Therefore Fabian tactics are required to carry on the project and to counter with the Machiavellian strategy of competitors. Therefore it is high time to join the hand of government for the sake of country’s development and for the sake of the nation’s prosperity.