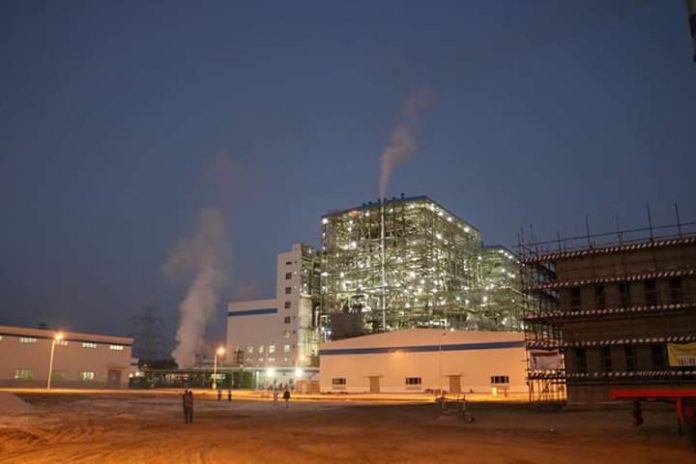 Thar Coal will produce 4000MWs of electricity, says CM SindhISLAMKOT: It was a watershed moment in Tharparkar when electricity from the first unit was successfully pumped into the system by Engro Powergen Thar (Private) Limited (EPTL), realizing the nation’s dream of producing electricity through Thar coal. EPTL – the majority-owned company of EEL tested and energized the first unit of 330MW of the combined 660MW power plant – located in Thar Block II. The successful synchronization happened amidst the presence of senior officials of the Company and from China Machinery Engineering Corporation (CMEC) – the EPC contractor of the project. The injection of the electrons produced for the very first time from Thar coal – regarded as the 7th largest coal reserve in the world with 175 billion tons of lignite coal – has redefined Pakistan’s energy landscape and secured the country’s energy future on an indigenous, native footing which will eventually relinquish Pakistan’s dependence on foreign fuel mix. The sync was witnessed by Chief Minister of Sindh, Syed Murad Ali Shah during his visit to Thar Coal Block II on Tuesday. He was accompanied by President Engro Corporation, Gias Khan, Minister for Energy, Imtiaz Shaikh, Advisor to CM in Information, Murtaza Wahab, Minister for Excise, Mukesh Kumar Chawla, Engro Energy Limited (EEL) Chief Executive Officer (CEO), Ahsan Zafar Syed.EPTL – one of the early harvest projects of the China Pakistan Economic Corridor (CPEC) – commenced the construction of Pakistan’s first 660MW power plant after the financial close of the project in April 2016. EPTL operates as a subsidiary of Engro Energy along with other sponsors that include HBL; Liberty and China Machinery Engineering Corporation. The synchronization of the first unit of the power plant is a considerable achievement given that the project has been constructed in a record time of under 3 years – as per schedule and projected costs, a feat in itself given the complexity of the project. The EPTL power plant will utilize 3.8MTPA of coal supplied by Sindh Engro Coal Mining Company as both projects achieve their commercial operations date (COD) in June 2019. Together both the mining and power projects, managed by Engro Energy, will be able to bring average foreign exchange savings of up to USD 1.6 billion per annum thereby delivering on Company’s promise of producing electricity which is from indigenous resources; is abundantly available and is economical. The 660 MW power plant of EPTL will use circulating fluidized bed (CFB) technology to burn coal. Post-COD, the plant will evacuate 660MW of electricity through a 282-km long 500 kV Double Circuit Quad-Bundle transmission line from EPTL plant to Matiari in Sindh province. The power plant – although first for Pakistan to run on Thar coal – complies with all local environmental laws and has voluntarily adopted various international compliance standards. Talking to a media group, CM Sindh, Syed Murad Ali Shah,

the public private partnership model of Engro Corporation and GoS has yielded fruits and Thar dream has finally realized. Saying that Thar Coal’s first ownership belongs to the people of Tharparkar, CM Sindh said, the first step that the Thar will change Pakistan has begun.“We will produce 4000MWs from Thar Coal Block II alone, while Thar has potential to develop 100 more blocks,” said CM Sindh.Celebrating this transformational event, the President of Engro Corporation, Ghias Khan said: “The first sync of the power plant on Thar coal is truly a momentous occasion for entire Pakistan. Engro’s commitment to the Thar coal project goes back almost a decade when we entered into a public private partnership in 2009. The synchronization of the first unit of the 660MW power plant is both testament to Engro’s capacity to engineer excellence and deliver on this project of national importance which will ensure the energy security of the county. At this juncture, I would like to thank the Government of Sindh and the Federal Government for their catalytic role and support in helping us deliver on our commitments of the Thar coal projects.”Commenting on the landmark achievement, Ahsan Zafar Syed – the Chief Executive Officer of Engro Energy and EPTL said: “This is a historic moment for us where Engro has not only delivered on its promise of realizing the Thar dream but technically demonstrated proof of the concept that Thar coal is suited to produce indigenous energy which can prove to be economical in the long run and reduce our dependence on imported fuel mix. I would like to acknowledge the efforts of our partners and sponsors in the project who have played an instrumental role in this landmark achievement. I am confident that together with all our partners, Engro will forge ahead with synchronization of the second unit of the 660 MW power plant in April 2019 and Insha-Allah achieve the COD of both the mining and the power project, as per our commitment, in June 2019.” Syed Abul Fazal Rizvi, CEO of Sindh Engro Coal Mining Company (SECMC), congratulated all the partners and teams involved in this achievement and said: “I congratulate the EPTL management on successful energization of the first unit of the plant. Sindh Engro Coal Mining Company (SECMC) has already commenced the delivery of coal to the EPTL plant and we will now further optimize the mine to deliver on our promise of providing economical, indigenous energy to Pakistan.”