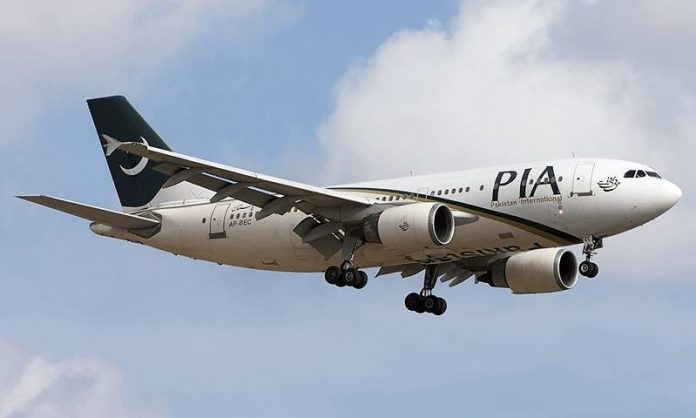 ISLAMABAD: In light of the ongoing coronavirus pandemic, the government announced on Saturday it is suspending all international flights to Pakistan for two weeks.

According to the government advisory shared by Moeed W Yousuf, the special assistant to the premier on national security, the suspension will be effective from March 21 to April 4.

The officials apprised the nation about the measures being taken to curb the spread of coronavirus, which has infected more than 500 people in Pakistan so far.

Yusuf said that a few international flights of Pakistan International Airlines will be allowed to return and that the decision will come into effect from Saturday night, 8 pm.

The premier’s aide on security, while calling it a difficult decision, said that the ban is temporary and it does not include cargo and diplomats in Pakistan.

“The government is taking this seriously. All our missions have been issued directions that whatever they can do to help they should do,” he said.

Yusuf said that they are reviewing the situation in the country due to the ongoing pandemic and taking measures that are in Pakistan’s best interest.

He went on to say that when travel activities will resume, the coronavirus certification that was made mandatory earlier, will not be useful anymore.

“Screening process will continue as of right now,” he informed.

PIA to suspend int’l flights for a week

According to a PIA spokesperson, the airline is suspending its international flight operations for a week.

The spokesperson added that the suspension will come into effect from March 21 until March 28.

Federal Minister for Railways Sheikh Rashid Ahmed said on Saturday that operations of 34 trains had been suspended in order to contain the coronavirus from spreading.

He said that 20% of the passengers had declined due to the pandemic’s fear. Rashid said 42 trains will be stopped from operating by mid-Ramazan.

“Only the prime minister has the authority to initiate a lockdown,” he said, stating that the railways will not fire any employee.

He called on the government to pay pensions for railways employees instead of granting the sector subsidies.