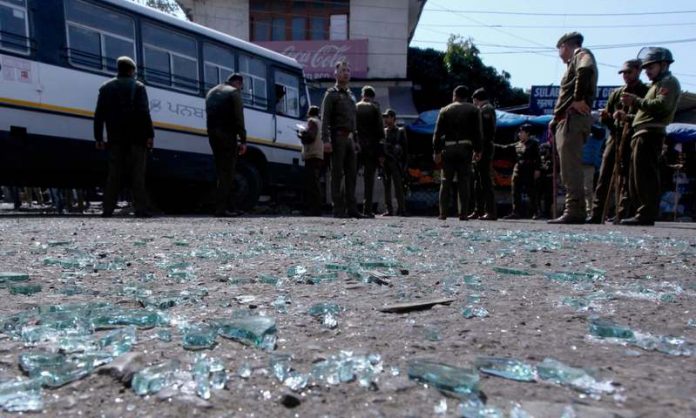 At least 18 people were injured, four critically, on Thursday by a grenade blast at a bus station in Indian-occupied Kashmir.

“It seems that the grenade was lobbed from outside [the premises] and it rolled under the bus and caused injuries to approximately 18 people,” police official MK Sinha told journalists.

The injured were taken to a hospital, including at least four who were in critical condition.

Police say they are investigating who was responsible.

Tensions between the neighbouring countries escalated after Indian Air Force (IAF) warplanes violated Pakistan’s airspace. The IAF returned unsuccessful after the Pakistan Air Force (PAF) “immediately scrambled” its jets. According to Inter-Services Public Relations (ISPR), the Indian aircraft released their payload “in haste” as they returned.

PAF the next day, on Feb 27, targeted non-military targets across the Line of Control to demonstrate Pakistan’s aggressive capabilities, and shot down two IAF jets after they crossed the LoC.