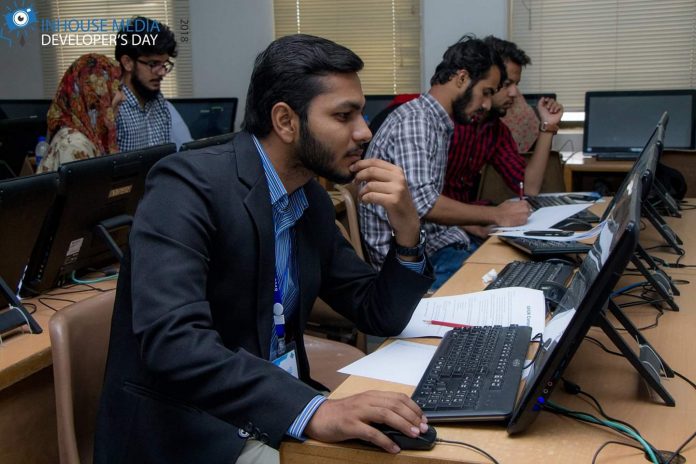 It had been six months now and I had been dropping my CV at each and every possible place I could think of. From software houses to mega corporations to firms, I had tried visiting them all. It all seemed so hopeless, so tiring.

Though it almost felt like yesterday that I had flipped a hat in the air and held a scroll up high, a job seemed to take forever to come knocking at my door. Every day I checked the mailbox and Google mail, hoping for a response, a letter, anything. My goal seemed to be slipping out my grasp and into the unending abyss of unemployment.

Had my skills been developed for nothing? Everything I had and fought for, everything that defines my essence as someone fighting for the right thing, has it all been for nil?

I was warned years ago by my mother, ‘Always remember, the world is a tough place. At times, it gets tough just because you’re a woman and are not seen as a defining personality. So take care.’

Fast forwarding, I was recently scrolling through Facebook when I came upon a post stating something that caught the corner of my eye. It seemed like an event of sorts. One of those job fairs type but that wasn’t it. It featured so much more. From talks to even competitions.

‘Maybe this is it. Maybe this is where I go and polish my skills as someone who loves programming, attend these grasping tech talks and finally, drop a CV to these software houses and companies they’re inviting’, I thought, excited.

They called it Developers’ Day and the name fit the bill. It held its end of the deal and delivered exactly what it had promised. It helped me gain exposure towards numerous companies as well.

I am now working at one of the most top-notch software houses of the city and I highly recommend anyone who wishes to progress in their career line, to attend Developers’ Day. It is an opportunity of a lifetime and must not be refused a visit. This is how I feel my life was turned around. Never stop moving.