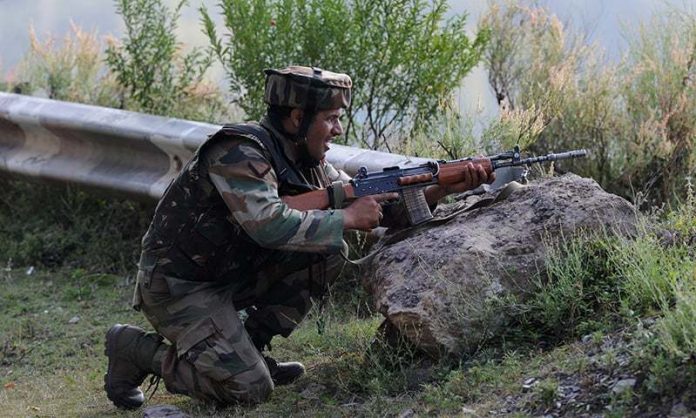 The military’s media wing on Tuesday provided an update on tensions at the Line of Control (LoC), saying that other than Indian Army firing in which a civilian was injured, the situation has remained “relatively calm” in the last 24 hours.

On Monday, a statement issued by the ISPR had described accounts of Indian firing having been initiated in the Neza Pir, Pandu, Khanjar Munawar, Battal and Baghsar sectors and stated that intermittent firing was continuing along the LoC.

The army today also confirmed that on the maritime front, Pakistani Navy “continues its effective vigilance and alertness”.

The statement lent credence to Monday night’s naval operation which resulted in the thwarting of an attempt by an Indian submarine to enter Pakistani waters.

“PN (Pakistan Navy) detected an Indian Navy Submarine south of Pakistani coast. Pakistan Navy’s alert and vigilant presence displayed the capability to deter and safeguard the seafront against any misadventure,” the statement noted.

Meanwhile, the Pakistan Air Force, which shot down two Indian aircraft for violating Pakistani airspace last week, has also continued its “vigilance and state of readiness”, it added.