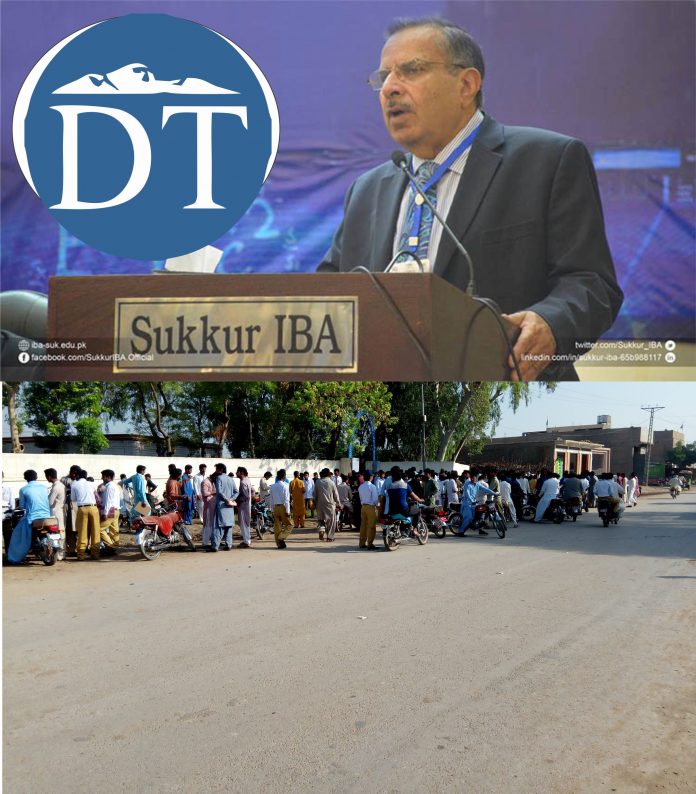 Today, our eyes witnessed a day massacre of our Sindhi nation. Yes, I am talking about that bloody copy culture that has penetrated throughout our blood veins. Further, we have left shaming before the world during committing that crime. Either, we Sindhi people have gone unwise or we have lost the values; that is provoked by our consciences. Despite, the strong attention, the students kept copying through mobile phones as if; they would have got blind and no one was observing them. In such scenarios, there are good people too, who have strengthened their laces ‘not to copy, even if they are given low or ‘F’’ grades. Such quality institutes include the name of all the schools run or managed Sukkur IBA University. Here, students are given proper attention, and midterm examinations are also held in order to prepare them for the annual examinations. Such marvelous colleges are managed by Sukkur IBA University, whose vice-chancellor, Prof. Nisar Siddique, has foresighted the peaks which one can best dream for.

In such time when Pakistan was lacking behind; in terms of providing quality education; which could enable them to compete and go with the fast going world. At that time, a person named as Nisar Ahmed Siddique stood up and went ahead with that aim of providing quality education to the country. To do so, he started from an institution, which gradually emerged and became a university. Now it is ranked among top 5 best business schools of Pakistan and w category in Engineering Sciences. This is the place which became a cause of many success stories throughout the world, the names include Zulfiqar Ali, Aamna Qureshi, and many others. Keeping in mind, the contemporary situation of the country and economic frame of the country, the time has proved the bitter truth that; education is the backbone of the economic frame of Pakistan. So, in order to move and emerge with the ongoing time, where the world has become a global village, we need to develop human capital into intellectual minds, in this way we can find the country among the top nations of the world. To make all this happen, a person, famously known as Prof. Nisar Ahmed Siddique, stood up and tightened his laces to run the nation with the fast-growing time. He started an institution with the two rooms, in Public School Sukkur, and due to his dint of efforts, the same institution started emerging and it took the form of a university, famously known as Sukkur IBA University. The institution didn’t stop on this point and to increase its circle of influence and to benefit the whole nation, Pakistan, the institution announced the National Talent Hunt Program in 2016 and it benefited hundreds of students, came from the entire country, where students are being quality education free of cost, along a handsome stipend. The students, who couldn’t have imagined and were surrounded by ambiguity, whether they would be studying in a university, are now studying in a world-class institution. It was the effort of Mr. Nisar Ahmed Siddique, who sought his students, enroOut of the same program and students through other programs, the students got a golden opportunity to represent the country in the United States Of America, those beautiful minds include the names of Mr. Arslan Adullah, Ms. Mahnoor Memon, Mr. Ghalib Baloch, Mr. Arslan Chang,