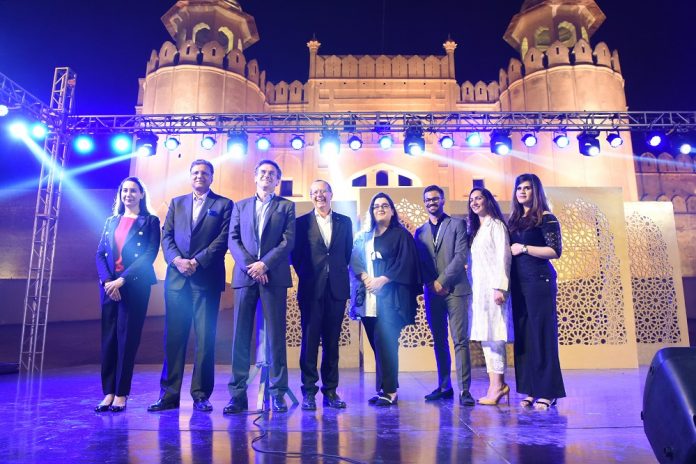 KARACHI: METRO Pakistan celebrated its vision “YOUR SUCCESS IS OUR BUSINESS” with its business partners by organizing one of the biggest Supplier Conferences in its 13 years of business in Pakistan.

The conference was held in which H.E Martin Kobler (Ambassador of Federal Republic of Germany to Pakistan) was invited as chief guest and around 500 METRO suppliers were invited from all across Pakistan. The theme of the conference was “History Meets Future” which also explained the purpose of the conference that was to celebrate the 13 years of history with business partners while also sharing future business plans because METRO strongly believes in building strong relationships to grow business and impacting the local economy. The suppliers were given the opportunity to experience what makes METRO unique by giving them a tour of the core and future operating pillars of METRO such as Sourcing which tells the story of product journey, Logistics which tells the operating efficiency of supply chain and Future Expansions which tells METRO is here to stay and grow.

The conference commenced with a breathtaking performance from Leo Twins followed by a welcome speech by Mr. Marek Minkiewicz (Managing Director METRO Pakistan), where he recognized and appreciated all the business partners, Ambassador Kobler and the entire METRO team for gracing the occasion and also shared that “METRO Pakistan’s future commitment”.

H.E Mr. Martin Kobler (German Ambassador) also took the stage where he was presented with a shield by Mr. Marek Minkiewicz followed by his speech in which he not only congratulated METRO for completing 55 years of business across the globe but also appreciated METRO Pakistan’s effort towards setting up the Modern Retail landscape in Pakistan and recognized the business partners without whom this success would not been possible.

The event was concluded by Mr. Marek Minkiewicz by recognizing different suppliers for their 13 years of consistent support by inviting them to the stage and presenting them with a recognition shield.

About METRO Cash & Carry:
METRO is a leading international wholesale company with food and non-food assortments that specializes serving the needs of hotels, restaurants caterers (HoReCa) as well as independent traders. Around the world, METRO has some 24 million customers. METRO in addition also supports the competitiveness of entrepreneurs and own businesses with digital solutions and thereby contributes to cultural diversity in retail and hospitality. Sustainability is a key pillar of METRO’s business. METRO has been the sector leader in the Dow Jones Sustainability Index for the last four years. The company operates in 36 countries and employs more than 150,000 people worldwide.

MoU signed for production of transport products under CPEC