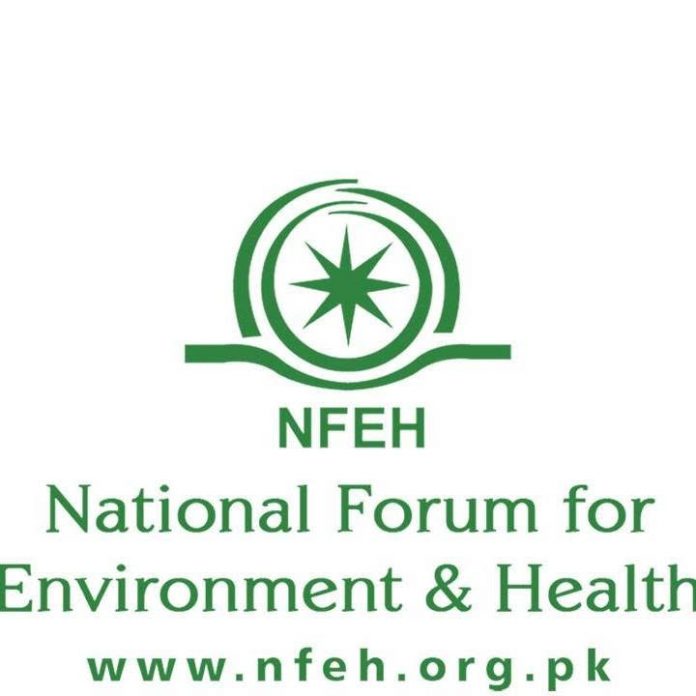 The National Forum for Environment and Health (NFEH) has demanded that both the federal and Sindh governments should shun their mutual differences and immediately deploy most up to date and scientific means to investigate the cause of mysterious gas leakage in Keamari area of Karachi that has so far taken lives of nine people.

In a statement issued here on Tuesday, NFEH President Naeem Qureshi lamented that the provincial government and its environmental watchdog despite lapse of two days was yet to deploy the scientific and latest means required to ascertain the exact cause of the mysterious gas leakage in Keamari area.

The NFEH President said that delay in deployment of the scientific and modern means of investigation had a direct bearing on the survival and safety of the area people as they continued to suffer due to the unexplained phenomenon.

He said that death of nine people and hospitalization of over a hundred people living in the area should have alerted both the relevant federal and provincial authorities to deploy all possible means to investigate the cause of the unrelenting tragedy and also to collectively take the due precautionary measures to cope with such a disastrous emergency.

He said that three days into the tragedy in Keamari area but the federal and provincial governments didn’t seem present on the same page to collectively deal with this mysterious disaster.

Mr. Qureshi said that once the real cause of the tragedy was scientifically ascertained, it was imperative that due safety procedures and protocols should be adopted in the handling, storage, and transportation of the hazardous material in the Karachi Port area to safeguard health of the area people.

He urged the Karachi Port Trust to render utmost and cooperation to SindhEnvironmental Protection Agency in its pursuit to ascertain the cause of the tragedy in the Keamari area.

He feared that findings of the investigation into the Keamari tragedy, once concluded, would be hushed up in the same manner as had been the case of probe conducted into the oil spill incident off Mubarak Village coast in October, 2018.

This is not goodbye: Emirates ground crews give an emotional send-off...