KARACHI: Federal Minister for Railways Sheikh Rasheed Ahmed has categorically said, “We are stuck in a lot of crises and it is a well-known fact that IMF conditions will be really stiff. I, as Minister, have been reiterating this since day one that we have no other option but to approach the IMF for assistance.”

Speaking at a meeting during his visit to the Karachi Chamber of Commerce & Industry (KCCI) on Saturday, the Federal Minister categorically stated that there will be no economic stability without the political stability.

Highlighting the improved performance of Pakistan Railways (PR), the Minister said that PR has earned Rs4 billion more as compared to the earnings during the same period of previous year. “We have also provided three more container trains to the business community and the number of freight trains during Imran Khan’s has enhanced from just 8 to 14”, he added.

He said that a total of 24 new trains have been initiated so far in which five categories have been defined for different types of passengers while the occupancy of Rehman Baba Train has reached 160 percent with improved earnings. “We have also initiated Jinnah Express and Green Line which will be followed by Sir Syed Express with a target to attract all five types of customers and our overall strategies have been very successful.”

Referring to 1760km long ML-1 project from Karachi to Peshawar, the Minister said that in this regard, Prime Minister Imran Khan will be signing the agreement on 27th April 2019 which would result in laying of completely new double track from Karachi to Peshawar with fencing on both sides and a minimum speed of 160Kms. Work on this project will be completed in the next five years, he added.

“If KCR is not completed during our tenure, it will never be completed”, he opined, adding that it was a really essential project which has become part of CPEC now and the Gwadar port which is capable of docking 190 ships each day.

Responding to a suggestion, he invited the business community to undertake joint venture for setting up setting up the proposed parking plaza on PR land at II Chundrigar Road but Pakistan Railways must continue to get its share regardless of whether the parking plaza becomes successful or not.

Speaking on the occasion, Chairman Businessmen Group & Former President KCCI Siraj Kassam Teli, while referring to Imran Khan’s last year’s visit on July 22 to Karachi to meet the business community just a couple of days before the general election, requested the Sheikh Rasheed to ask PM Imran Khan to honor all his commitments including his commitment to visit KCCI.

He said, “During the said meeting, we suggested to remove all those individuals who are involved in wrongdoings and corruption. We cautioned that the corrupt bureaucracy will not allow Imran Khan to take remedial measures but these elements have to be pinpointed and sidelined while the honest officers must be brought forward at the helm of the affairs.”

“However, except a few nominal changes done recently, no major change was witnessed in the FBR, NAB and FIA and the same old corrupt elements were given freehand, allowed to continue their wrongdoings and asked to make corrections”, he added.

Referring to a letter sent to Prime Minister Imran Khan, Siraj Teli said that the Private Sector’s representatives, who work on the Boards of Public Sector Companies such as Karachi Port Trust (KPT), Pakistan International Airlines (PIA) and Civil Aviation Authority (CAA) etc., take/ endorse decisions purely on the basis of whatever information is provided to them at the Board Meeting of any particular Public Sector company and that information may not be correct or may be incomplete.

“However, after a number of years when FIA or NAB find anything wrong in these public sector companies, they immediately start pursuing private sector representatives who have got nothing to do with day-to-day activities of the public sector companies yet they are accused and undergo extensive investigation and frequent summoning by NAB or FIA”, he added.

He asked Sheikh Rasheed to request the Prime Minister to look into this matter and give immunity to representatives of private sector from such investigations. They should not even be contacted until and unless there is a solid proof of their direct involvement or they being beneficiaries. The Karachi Chamber will never support anyone who is found guilty of any misconduct”, he said, adding that the business community was really worried and fed up due to constant harassment by NAB, FIA and FBR which is not acceptable to at all.

Commenting on the forthcoming Amnesty Scheme, Siraj Teli said that the previous amnesty was better but this amnesty scheme would become a failure due to lack of trust as those individuals who declared their assets in the previous amnesty scheme, were constantly being pursued and harassed by FBR, FIA and NAB. “Amnesty without protection and without dealing with the trust deficit would lead to failure”, he added.

President KCCI Junaid Esmail Makda, in his welcome address, stated that Karachi was one of the world’s most populous city and one of the mega cities. Lamentably, it may be the only city of this size that doesn’t have a mass transit transport system now when surprisingly, it did have Karachi Circular Railway (KCR) in the past.

He said that Karachi produces about 30% of the manufactured good, handles 95% of foreign trade and contributes more than 70% to the national revenue yet it remains deprived of basic facilities including KCR.

He said that the KCR project has fallen prey to politics between Sindh and federal governments and has been facing delays for the last 13 years. He requested the Federal Minister to take practical steps so that KCR becomes a reality.

Underscoring the need for freight trains, he said that dedicated and scheduled cargo train services will help reduce cost of doing business, improve global competitiveness and reduce pollution. “Therefore, we hope that all these trains will be launched soon as they would facilitate the Ease of Doing Business and bring down the cost of doing business, besides ensuring enhanced revenue for Pakistan Railways”, he added. 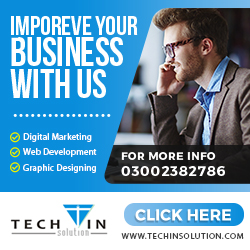