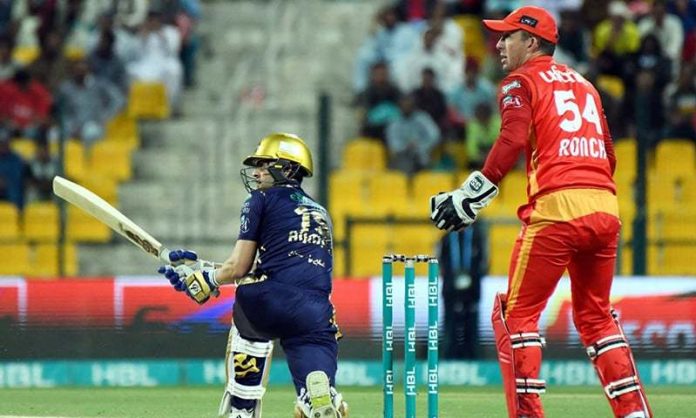 Ahmed Shehzad led the Gladiators with a 73-run knock from 46 balls. Umar Akmal added 27 runs to the scoreboard while RR Rossouw made 23 runs.

Faheem Ashraf picked up three wickets for United in the 19th over of the innings after Amad Butt claimed two wickets in the previous over. Ashraf also took the wicket of Azam Khan in the seventh over of play while Butt took another wicket in the final over.

Zafar Gohar and SR Patel picked up a wicket each.

Earlier, Islamabad won the toss and opted to bowl first.

Quetta was sent down to second place in the points table after Peshawar Zalmi defeated Lahore Qalandars in a nail-biting match earlier on Tuesday. Trailing right behind Quetta on the points table is defending champion, Islamabad, in third place.