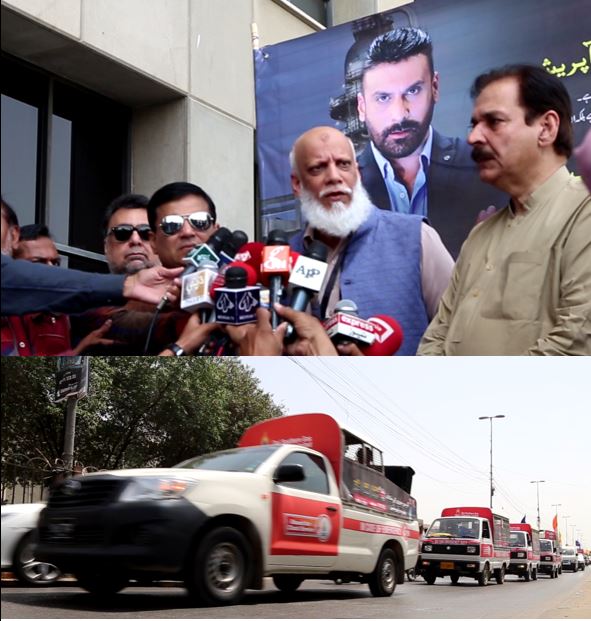 SSGC held a rally in Karachi of more than fifty 1199 Customer Relations vehicles to send a strong message to those stealing gas that strict legal action will be taken against them as per Gas (Theft and Recovery Act) 2016.

SSGC’s SGM (Customer Services Dr. Ejaz Ahmed cut the ribbon to kick off the rally from the SSGC Head Office. Emergency vans and SSGC police mobiles moving in a form of a caravan rode through different locations of Karachi including Gulberg, Korangi, Landhi and densely populated areas to create awareness among the general public and industrials against gas theft.   Shahbaz Islam, GM (HR and Corporate Communications) was also present on the occasion. Colonel Saad Ibn-ul-Hassan, Chief Manager (Security Services and Counter Gas Theft Operations-SS and CGTO) told the media that SSGC has zero tolerance for gas and irrespective of how influential gas thief is, the Company relentlessly pursuits them till they are brought to  book.

CM-SS and CGTO said that to date six gas thieves have been convicted and 423 convicts are under trial in different gas utility courts.  The senior official also said that over Rs. 1 billion have been recovered from gas thieves and more is expected.  Gas Theft is one of the primary causes behind Unaccounted-for-Gas (UFG) or line losses that has severely impacted the company’s financial bottom-line.